What water sports are there in Toronto and Canada?

In water sports, there is such a feeling of joy and happiness that adrenaline is still released in the body. Water competitions will be accompanied by a sense of pleasure and away from fatigue. The excitement and fun of being in the water forces a person to experience that sport again. Water sports are divided into three categories: water sports, water level and underwater. Some water sports are done in calm waters and some in roaring and turbulent waters. But at the end of water sports competitions, without even having the motivation to win, being excited in the water calms the inner sense of the athletes. For centuries, the sport of swimming as the most popular water sport has attracted many enthusiasts. Archaeological evidence shows that swimming dates back to 2500 BC in the Egyptian civilization and later in the ancient Assyrian, Greek and Roman civilizations. Health and endurance are very important in performing this water sport. Swimming began to grow at the beginning of the 19th century, and in 1810 it was first included in the sports program of the Forta School in Germany. The first international swimming competition was held in Australia in 1858. Apart from being a recreational sport, swimming is very healthy and removes many diseases from humans. The variety of swimming sports competitions is great and swimmers compete in different styles and disciplines, including swimming accessories: clothes and caps. Reputable brands such as Speedo, Arena and Zagz have focused on it.

The sport of water polo began in Britain in the 1870s, with the first rules written in Scotland and England, and the first competitions held in 1890. Water polo first entered the Olympics in 1900. This is a very energetic competitive team sport. In addition to having to swim well, players also have ball control and goal-scoring skills. Water polo matches are held between two teams and include four eight-minute games in which the two teams try to get a ball weighing about 400 to 450 grams to their opponent’s goal and score a goal. Each team consists of six field players and one goalkeeper. Except for the goalkeeper, players can play in both attacking and defensive positions. Water polo is usually done in 30 by 20 meter pools with a depth of 2 meters. The width of the gates is 3 meters and its height from the water level is 90 centimeters. In this sport, the athlete rides on a board in front of the wave and moves with the power of the wave. These boards have footprints and therefore the surfer can control its mobility. Balance control is the most important option in this sport. The length of the board and its design, the shape of the wave that the athlete rides on, affect different types of surfing. Surfboards in competitions have about 1.5 to 3 fins for more control in the wave. Surfing has other sub-disciplines:

In 1922, the idea of ​​this fun sport of snow skiing was first mooted by the American Ralph Samuelson on the Mississippi River. In water skiing, the athlete, while standing on a special ski with a length of 112 cm, and by taking a special cable or rope with a length of 20 meters, follows a motor boat with a speed of about 30 km per hour on the water. In the course of the competitions of this sport, there are obstacles and turns that the athlete must cross in the shortest possible time. Performance and acrobatic movements are considered points for the athlete. In another type of this sport, water skiing with bare feet is also held. 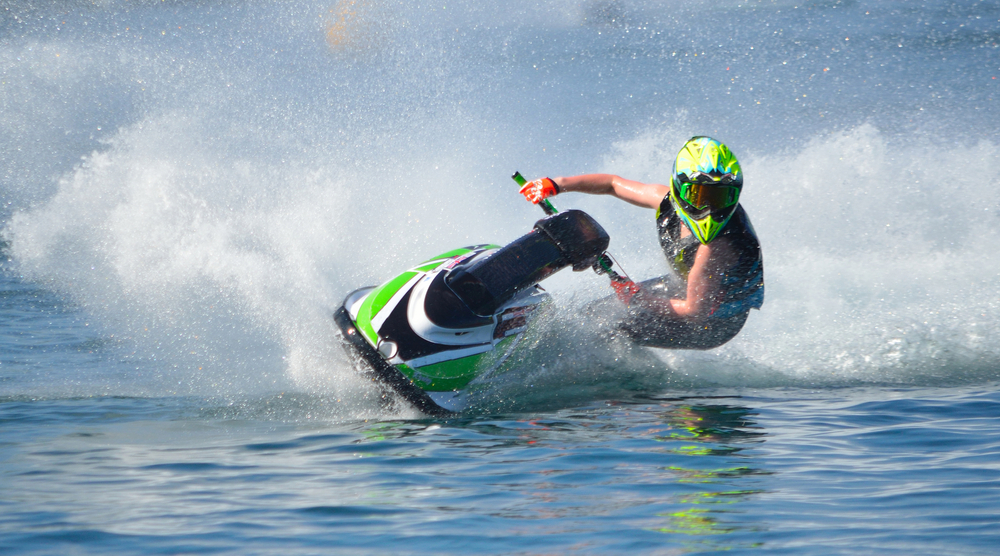 Jet skiing is a very popular and exciting water sport because it is a fun sport that combines water skiing and motorcycling. The original name of this device was water scooter, which was developed in the mid-50s. In 1972, the Japanese Kawasaki Jet Ski Company built and launched the device in the way it is seen today. Jet skiing competitions are held with a single machine on a volume of water and with special skills of athletes. During the art competition and skillful movements such as zigzagging or jumping from the podium are considered points. It is mandatory to wear a safety helmet and appropriate clothing and a special life jacket during the game. Jet skiing is certified like driving and is offered in three levels C (general), B (national championship) and A (world competitions) and for international tournaments, the participant must have an A certificate.

Jet ski rental in Toronto and Canada is a good choice for weekends. Because it is a cheaper sport than the others and you can enjoy your days beside your family.

If you make sports bets, worry about the Treasury

All about the blockchain and cryptocurrencies